We use cookies to track visits to our website, and we don't store any of your personal details. Find out more

On February 9, 2019, the government of Republic of Congo (RoC) declared an epidemic of chikungunya in the departments of Kouilou, Pool, and Bouenza with 2555 suspected cases notified.  Subsequently this outbreak has spread in the departments of Plateaux and Pointe-Noire. The National Public Health Laboratory  (LNSP) and the Congolese Foundation for Medical Research (FCRM) activate the PANDORA Consortium for deployment of a multidisciplinary team in the country. The mission had the aim of:

The international team behind the response comprised of epidemiologists, physicians, entomologists, virologists, veterinarian and a vector-borne disease modeller from various European and African institutes. These included:

The multi-disciplinary team conducted research in different settings. The epidemiologists worked enrolment of Chikungunya infected patients, line listing, and preparation of dataset with clinical characteristics. The physicians conducted multiple meeting with local hospital manager to improve the case detection. The entomologist(s) collected adult mosquitoes and larvae samples and conducted household entomological survey to understand the burden of Aedes mosquitoes in the community. Mosquito larvae and 215 adult mosquitoes were collected in different villages of Kouilou and Pointe-Noire districts of RoC.  The molecular virologist conducted molecular characterization of Chikungunya virus. The full genome sequences of chikungunya virus were obtained by Sanger and MinION approaches and Bayesian tree phylogenetic analysis. The modeller collected weather data (temperature and rainfall) data from Congolese meteorological institution in order to predict the seasonality of Chikungunya virus outbreaks in Republic of Congo.

The veterinarians collected samples from rodents in order to explore the role of wild animals in maintenance of Chikungunya virus in the sylvatic cycles. In discussion with the chief of the village, we placed five locally made rodent traps. In addition, we engaged the community and they prepared 12 hand-made rodent traps. All together, we trapped a total of 8 mice from the village in two nights of catch period. The rodents were anaesthetised with Ether (Diethyl ether) in Zip lock bag and after proper sedation; blood was collected from the heart of the mice. Two rodents died during the sample collection, and we collected piece of liver and heart from both mice. The blood (in serum and EDTA tube) was centrifuged at 3000 rotation per minute for 20 minutes and sera and plasma were separated. All together, we collected sera from six mice, and plasma from three mice. The specimens are preserved at -20 degree freezer at national virology lab of RoC.

The team also visited the index village, Diosso and interviewed the chief of the village about the demographics, peridomestic wildlife, mosquito abundance, and identified chikungunya cases in the village. We observed the houses, road networks, and mosquito breeding sites, and collected data to explore the socio-ecological system of the outbreak hotspot.

The case definition of Chikungunya infection in humans were:

In order to achieve the above-mentioned aims, the following actions were conducted:

In 2019, altogether RoC identified 11,434 CHIKV cases. In our study we enrolled 349 suspected cases and 278 of them were confirmed in RT-PCR. We found two new Chikungunya virus (CHIKV) sequences of the East/Central/South African (ECSA) lineage, clustering with the recent enzootic sub-clade 2, showing the A226V mutation. The RoC 2019 CHIKV strain has two novel mutations, E2-T126M and E2-H351N. Phylogenetic suggests a common origin from 2016 Angola strain, from which it diverged around 1989 (95% HPD 1985–1994). The infectious bite pattern was similar for 2017, 2018 and early 2019. One Ae. albopictus pool was RT-PCR positive. The 2019 RoC CHIKV strain seems to be recently introduced or be endemic in sylvatic cycle.

Diosso is located 20 km away from the port city Pointe Noire with approximately 1300 people living in 500-600 households. The geography may be pertinent to the CHIKV epidemiology. Diosso is surrounded by a large canyon on three sides, named the “Gorge of Diosso”, which is visited by local and international travellers for tourism. A number of animal species were observed or reported during our visit at the canyon and many others are reported to live in the canyon including wild pigs, bats, rats, mice, shrews, porcupine, squirrels, African giant pouch rat and various species of monkeys. Certain wildlife also visits the village seasonally, such as monkeys during the fruiting season to feed on indigenous and farmed trees. In addition, there were around 20-25 hunters in the village who might play a role in vectoring virus between wildlife and to the city centre through the village. This has also been a concern with other viruses such as Ebola. The head of the village was amongst the first people affected with CHIKV. Within 6 weeks, all 11 members of his family were infected with the virus.

We hypothesize that Diosso Village, where the index case of the CHIKV outbreak was reported, appears to be a favourable environment for the establishment of a sylvatic cycle for CHIKV and further spill over events to humans. The wildlife might be the source of the outbreak and the villagers facilitate wild dwelling and introduced mosquito breeding through open water storage practices. All these factors may enable the spread of CHIKV infection from a small village to other cities of the country.

The 2019 RoC CHIKV strain is distinct from contemporary Indian CHIKV isolates and, in contrast to original Central-African strains (transmitted by Ae. aegypti), it carries the A226V mutation. This implies an independent adaptive mutation in response to vector replacement (Ae. albopictus vs Ae. aegypti). The circulating CHIKV strain appears to have been recently introduced or to be endemic in sylvatic cycle.

Plan: The team plan to continue the following study in RoC 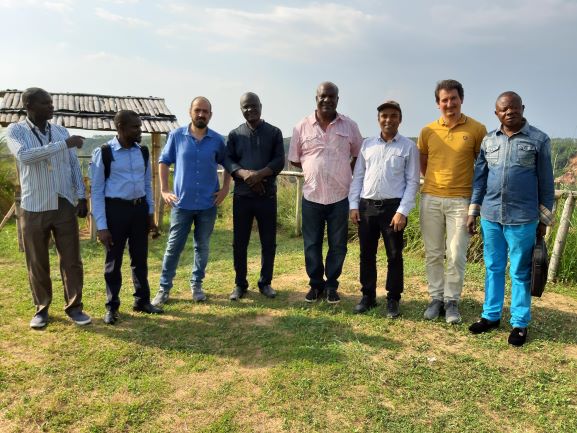 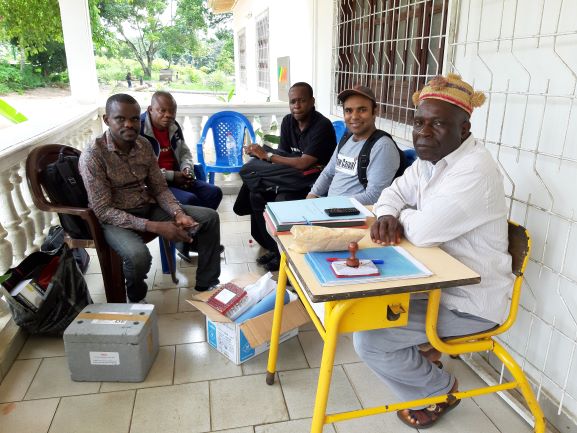